Mann Lawyers > Dating and Harassment in a 21st Century Workplace 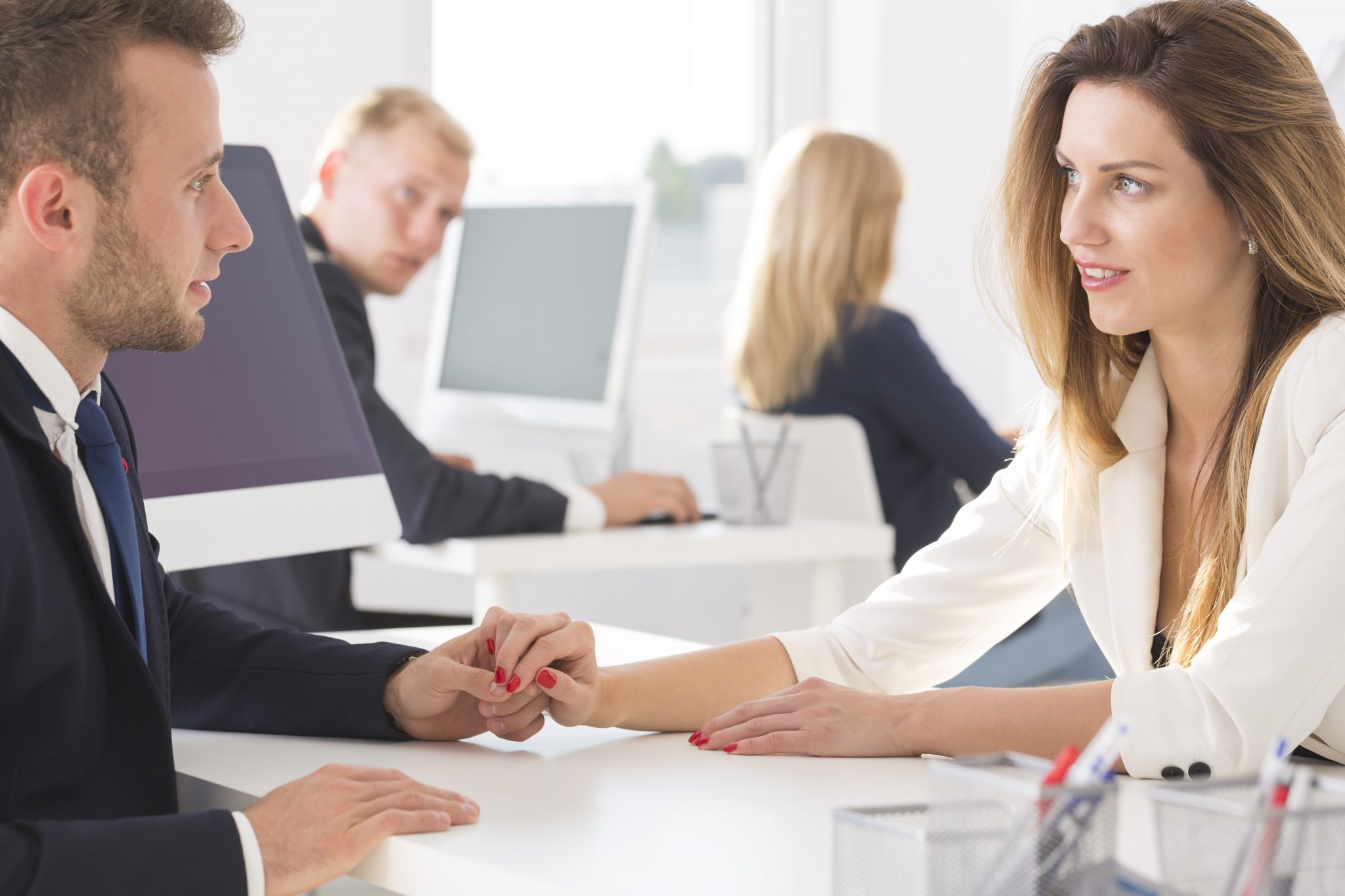 While the advent of texting, sexting, dating sites and other on-line activities have added to the ways in which workplace romances can take a negative turn, workplace romances are not new.  Take, as an example, one of the earlier Dear Abby letters:

DEAR ABBY:  We work in a large office.  Our office manager, I’ll call him Marvin, is a middle-aged family man.  The boss’ secretary, I’ll call her Sissy, is a shapely young divorcee.  Since Sissy came to work here, she and Marvin have been spending a lot of time together in the file room with the door locked.  What they do in there is their own business, but we’re tired of covering up for them when the boss comes looking for Sissy.  What do you suggest?

DEAR GANG: Next time the boss comes looking for Sissy, tell him to look in the file room under “Marvin”.

The fact is workplace romances are not uncommon.  According to CareerBuilder’s 2016 annual Valentine’s Day survey, 37 percent of workers have dated a co-worker.

Romance in the workplace is not necessarily a bad thing, of those who have dated a co-worker in the CareerBuilder survey, 33 percent reported that the office romance led to marriage.  This is not entirely surprising.  People who work together often share common interests, goals and experiences.

Even when an office romance leads to nuptials, the experience for co-workers is not universally positive.  Relationships can be the source of gossip, resentment and concerns of favoritism and loss of productivity, perhaps due to long coffee breaks, lunches and email exchanges.

While lost time due to an employee’s energies being expended on wooing their colleague is of concern, employers can become more directly impacted and involved in workplace romances (particularly unrequited or failed ones) when those relationships lead to complaints of invasion of privacy, harassment, discrimination, and constructive dismissal.  For example, imagine a scenario where an employee declines the advances of a colleague who is more senior in the company hierarchy.  Going forward, if the employer makes changes or declines to promote the more junior employee there is a risk the decision not to promote will be perceived as a form of punishment for the employee’s unwillingness to continue the relationship.

The dark side of workplace romances can also lead to personnel taking medical leaves or even making the decision to resign.  Workplace violence can also be a concern.  Recall that one of the galvanizing events that lead to Bill 168 – Workplace Violence and Harassment Amendments to the Occupational Health and Safety Act was the murder of Theresa Vince, who was killed by her supervisor after 14 years of workplace harassment.

While the Office Gang was concerned with the romantic activities going on in the office file room, employers also now have a wider range of spaces where they can find themselves implicated and potentially found liable for conduct between their employees. The court in Simpson v. Consumers’ Association of Canada, wrote “It would be artificial and contrary to the purpose of controlling sexual harassment in the workplace to say that after-work interaction between a supervisor and other employees cannot constitute the workplace for the purpose of the application of the law regarding employment-related sexual harassment”.

How to Address Workplace Romance?

There are a number of ways employers may wish to approach workplace romance.  Some suggest an absolute prohibition, and there are examples of companies that require employees in a relationship to sign a workplace romance contract absolving the employer of any liability.

Creating a prohibition against workplace romance may create its own set of problems of monitoring and enforcement.  A different tact would be start with the assumption that dating may happen.

What can be done, in addition to developing (and implementing) the standard Workplace Harassment and Violence, Social Media, Confidential Information and Privacy policies, is creating a policy that requires disclosure of a workplace romance where there is, or could be, a potential conflict of interest.  This might arise in the context of a relationship between a subordinate and a superior.  Where such a relationship develops it would be worth thinking about how to ensure that the person in the more senior position does not have undue influence over the career path, compensation or other opportunities of the more junior employee.

Conflicts of interest may also be seen to arise when an employee enters into a relationship with a client, business partner, donor or lobby group.  Many professions regulated under the Regulated Health Professions act have very strict prohibitions against dating a current and even former patient. Different workplace events will have their own challenges and vulnerabilities.

Employers may want to consider crafting a conflict of interest policy, which addresses the specific risks that might arise in the context of its own particular organization or business.

In the event of newly promoted employees, consider providing additional training on boundary issues.  The same friendly banter that was accepted by peers may be viewed differently after the person is promoted to a management position.

It is also important to be mindful that holiday parties, working late nights, out of town conferences and happy hours/cocktails can be the catalyst for workplace romances.

When relationships come to an end, the employer will also want to take pains to treat both parties to the relationship equally (and not, for example, to simply terminate the employment of the more junior party).

This blog post is based on a presentation that Colleen Hoey made to the HRPA Legal Conference.  She is a Partner in the Employment team and can be reached at 613-369-0366 or at Colleen.Hoey@mannlawyers.com.