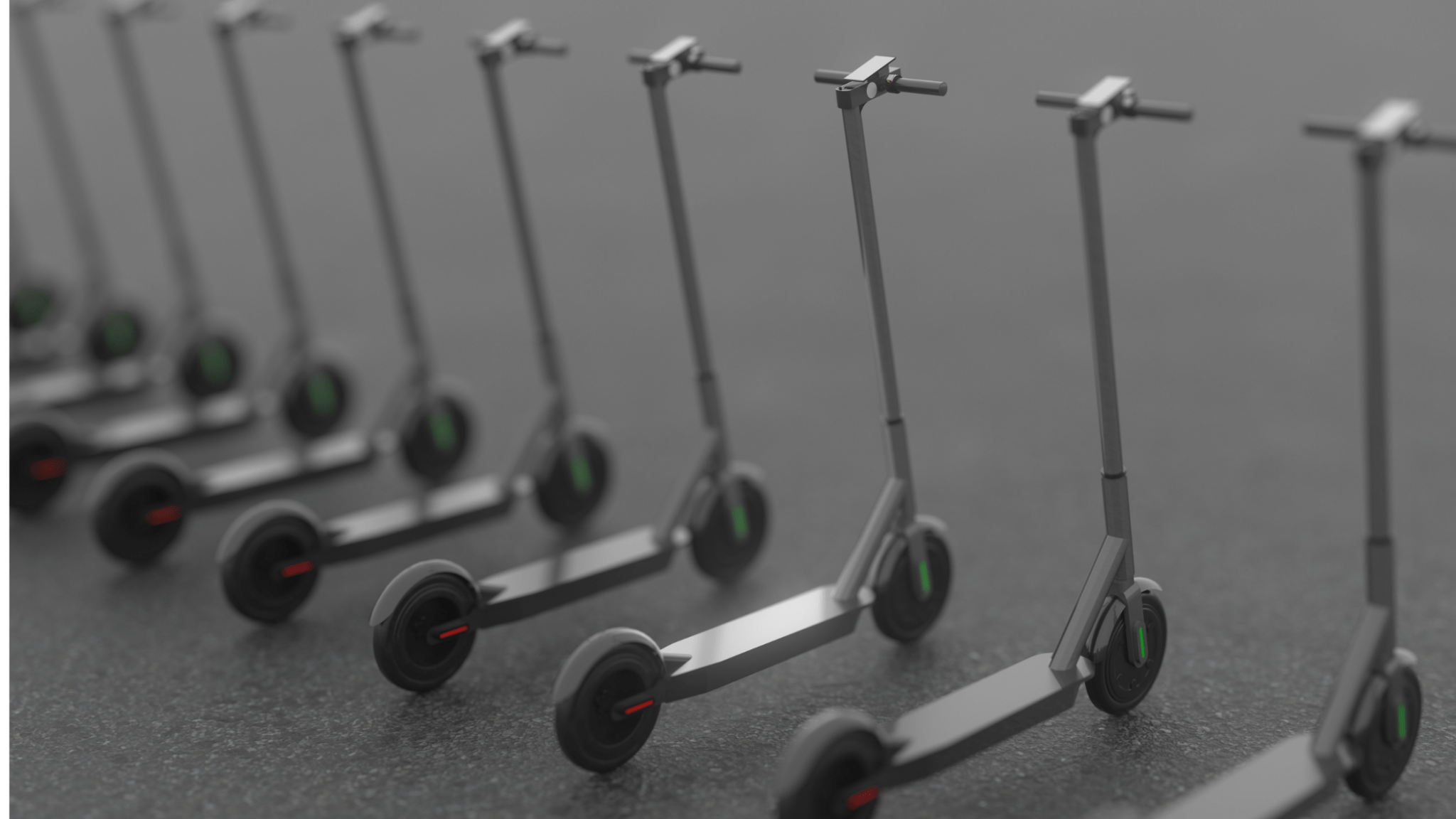 E-scooters are similar to manual kick scooters, however, instead of being powered by the rider, they are powered by an electric motor, capable of speeds of up to 20 kilometres an hour. E‑scooters are becoming an accepted form of transportation for many people in Ottawa.

Ottawa ran an electric scooter pilot project between July and October, 2020.  It proved to be very popular. There were only 600 e‑scooters available yet nearly 73,000 unique riders used scooters and took a combined 238,000 trips. Some weekends in July and August had up to 4,500 rides a day.

Based on the success of the pilot project, the City decided to allow 1,500 rentable e‑scooters on the streets this year.  The City also plans to explore a potential “satellite program” with 300 scooters in an Ottawa suburb. At the same time, the City’s Transportation Department has decided not to have a bike‑share program because it would be too expensive.

The use of e‑scooters does not come without risks.  Results from a study conducted by the Public Health and Transportation Departments in Austin, Texas, in association with the Centers for Disease Control and Prevention (CDC), showed that, during the 87-day study period, 271 individuals were identified with e‑scooter related injury accidents. The study’s findings included the following:

The study concluded that a high proportion of e‑scooter related injuries involve preventable risk factors, such as the lack of helmet use.

Not surprisingly, e-scooters in Ottawa presented some safety concerns.  Roughly 4,500 residents, a mix of riders and non-riders, responded to a survey giving feedback on the e-scooter pilot. Pedestrians feeling unsafe on sidewalks, where scooters were also traveling, was a common safety concern, with 72 per cent of respondents encountering people riding on the sidewalks.  On the other hand, e‑scooter users reported not liking using the roads because they felt unsafe near cars, trucks and buses.

In order to address this issue, the City’s announcement of the 2021 e‑scooter project said that, to address concerns about improper parking and users riding on sidewalks, operators would have to provide a way to report improperly parked e‑scooters in the app, monitoring, and moving them as needed, and warning or removing riders for parking violations. There will also be some designated parking areas, with operators providing incentives to park in them.

If the operator of an e‑scooter injures someone else, they can be held liable to compensate the injured person if they were riding in a negligent manner.  Riding on the sidewalk is prohibited.  Operating an e‑scooter at a speed which is excessive, given the circumstances, can be dangerous. An e‑scooter operator who strikes a pedestrian while riding on the sidewalk, or at an excessive speed, will likely be found to be negligent.

Operating an e‑scooter while impaired by alcohol or drugs is unsafe. If an accident results, the impaired operator will likely be found to be negligent.  If they consumed the alcohol at home, or at a house party, they could be found 100% at fault and not be entitled to any compensation from other parties involved in the accident.  If they consumed an excessive amount of alcohol at a bar or restaurant, it is possible that they would have a claim against the commercial host for being “over served”.  Obviously, the best course of action is not to drink and drive an e‑scooter.

Not Wearing a Helmet

The Austin study found that less than 1% of riders reported wearing a helmet and 45% of all injuries were head injuries.  When Ottawa e‑scooter users download the app, they are advised that they are supposed to wear a helmet. This is an effort to address the issue of rider safety in the event of an accident.  However, there is no way of enforcing this requirement. My personal observation is that it must be a very small percentage of users who do wear a helmet, because I have not seen a single rider wearing one.

So what happens if the operator of an e‑scooter is involved in an accident and suffers a brain injury while not wearing a helmet?

If the accident is the fault of another person, such as a car driver, the e‑scooter operator can have their financial damages reduced on the basis that they were contributorily negligent in not wearing a helmet.  This can happen if it is established, with appropriate medical evidence, that the brain injury could have been avoided, or reduced in severity, by wearing a helmet.  This means that the decision to not wear a helmet can not only contribute to the severity of the injured person’s brain injury, but also prevent them being fully compensated for their damages.  Once again, there is an obvious solution; wear a helmet if you are going to operate an e‑scooter.

E-scooters may be just another passing fad, or they may become an important part of Ottawa’s urban transportation.  Like many activities, they can result in injury if they are not approached with the necessary degree of caution.  So, give Ottawa’s e‑scooters a try.  But, if you are planning to go for a little spin, bring your helmet.   Please do not decide to operate an e‑scooter after a night on the town when you are under the influence of your intoxicant of choice.  Let’s make e‑scooters a fun and safe addition to Ottawa’s summer transportation mix.