Gentlemen, This One is For You (and Ladies, You May Want to Take Note as Well)

Mann Lawyers > Gentlemen, This One is For You (and Ladies, You May Want to Take Note as Well) 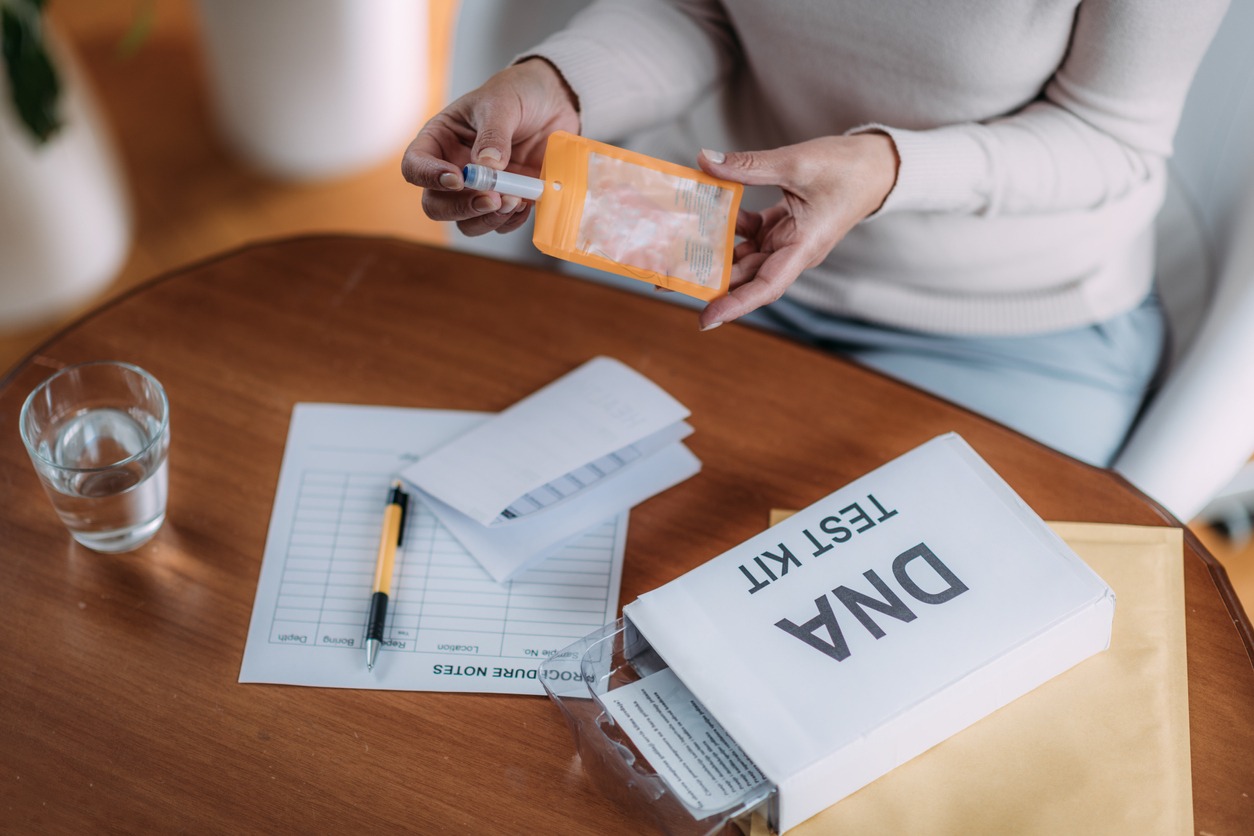 Gentlemen, This One is For You (and Ladies, You May Want to Take Note as Well)

Did you ask for a home DNA test kit, or as it is colloquially known, a ‘spit-in-a-tube’ this year? These tests have been getting increasingly popular in Canada over the last five years, so it may be on your list! Mostly people are curious about their ancestry or to find out whether they are susceptible to medical conditions. But these tests can also lead to many unexpected results and consequences, including the one I will be discussing in this blog.

Men find themselves in a unique predicament that women don’t – can you guess what I am talking about? They can have children without ever knowing it!

Let me tell you my friend’s story (with her permission of course), I will call her Lyla. Lyla was raised from a young age by maternal relatives and never knew her biological father or any relatives from that side of her family. Being bi-racial, she was very curious about her ancestry, and decided to complete a home DNA kit. When the results came back she was delighted to find out more about her DNA and geographic ancestry. Unexpectedly, she was also matched to a first cousin and three second cousins living in the UK.

This is where the story gets wild.

Her newfound cousins did some digging and were able to connect Lyla to who they thought could be her biological father! He completed the DNA test and confirmed a paternal match. An innocent journey to explore her ancestry lead to her unintentionally finding her biological father, who did not know she ever existed.

So, here is dad (who previously raised two children of his own), connecting with an adult daughter! Could he have more children he doesn’t know about, maybe? As I said, this is the unique predicament men could find themselves in.

Wild right? Why am I telling you this story?

While my friend’s story has a happy ending, or beginning rather, other stories like this may not have such a pleasant outcome, and could easily lead to family feuds and litigation.

For example, if you die without a Will (intestate) the Succession Law Reform Act mandates how your assets will be distributed, having regard to your spouse’s entitlement first on a preferential basis, and then divided depending on whether you have a spouse and the number of  all of your children, even if that would not have been your intention.

If you already have a Will or are in the process of having one drafted, be mindful of this possible scenario (however remote you may think it is) and advise your lawyer whether you would want to benefit children you may not know about. A lawyer can draft your Will to include a class of beneficiaries such as “children” or it can include your children by name. Even when using a class to identify a group of beneficiaries, a lawyer can add a provision that distribution of your assets is only to be made to children of the current marriage/relationship.

It is worth noting that my friend was not legally adopted, but if she had been she would legally cease to be her biological father’s child and therefore would not fall into the class identified as “children” or “issue” under the Will. It is also worth noting that if children are minors they may be entitled to support under the Succession Law Reform Act, by issuing a dependent’s relief claim or under the Family Law Act, regardless of what your Will says, but these issues are outside of the scope of this blog.

So ladies, and particularly gentlemen, this holiday season, be careful what you wish for. Or perhaps, add an appointment with a Wills lawyer to your wish list.

This blog post was written by Ines Jelic, a member of our Wills and Estates, Estate Litigation and Personal Injury teams.  She can be contacted at 613-566-2055, or by email at ines.jelic@mannlawyers.com.