Guardian of Property and the Requirement for Security

Mann Lawyers > Guardian of Property and the Requirement for Security 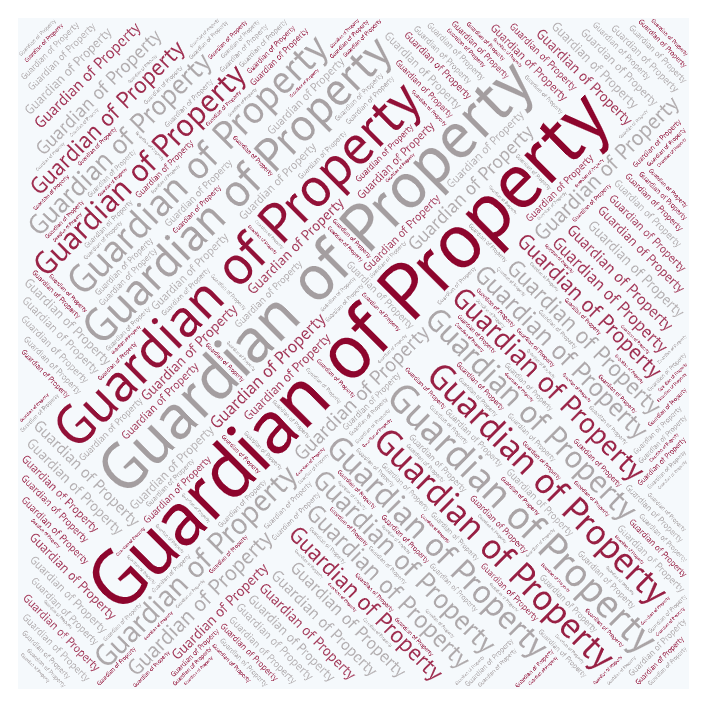 Guardian of Property and the Requirement for Security

Court-appointed Guardians of Property are appointed under section 22 of the Substitute Decisions Act and are tasked with the responsibility of managing the property of an incapable adult.  In some cases, security, typically in the form of a bond, will be required when the Guardian is appointed.  This blog will look at the circumstances in which security will be required or be dispensed with and will focus on the circumstances in which the application is for a court-appointed guardian.

The authority for the court to order a bond is found at section 25(2) of the SDA, which states that in an order appointing a guardian of property the court may “require that the guardian post security in the manner and amount that the court considers appropriate.”

Circumstances in which Security will be Required

The purpose of security is to protect the incapable person from the unexpected and unforeseen.

In considering whether or not to require security, the court will consider a variety of factors including whether there is evidence of a conflict of interest, even if the guardian has not shown any bad faith.  The court will also consider what direct access the guardian will have to incapable person’s assets.

Examples of Cases in which Security was Required

In Gryszczuk v. Gryszczuk  2002 CarswellOnt 8635 (Gryszczuk), the court ordered security to be posted in the form of a bond, notwithstanding that the Applicant husband was the only beneficiary of the wife’s estate.  The court stated:  “The fact Mr. Gryszczuk is the only beneficiary of his wife’s estate is not determinative of the issue of whether or not he ought to be required to post security. This issue must be considered from the perspective of what is in the interests of [the beneficiary]. The duty of the court is to ensure that [the beneficiary] and her property are protected. The law is clear that security for the due performance of the duties of a guardian of property is to guard against the unforeseeable and unexpected… It is not unjust to burden the estate with the cost of securing a bond.”

In the case of Robillard v. Robillard 2015 ONSC 5450, the court held that the bond would be required only if the incapable person’s assets exceeded $100,000.  The court postponed the posting of a surety bond for at least six months to allow applicants time to locate and realize respondent’s assets.  If it turned out that the assets were worth less than $100,000 a security bond would not be required.  The fact that the Applicants were the incapable person’s brother and nephew was a factor as well as the fact that each owned their own home and were financially secure.

Examples of Cases in which Security was Not Required

In Sundell v. Donylyk 2010 ONSC 5019, one of the incapable person’s children was applying to be to sole guardian of the mother’s property.  One of the Applicant’s siblings requested that security be posted.  In dispensing with the requirement for the bond, the court explained:

In Salzman v. Salzman 2011 ONSC 3555, the court did not require security to be posted.  In this case, the Applicant son had managed the mother’s finances for many years and often paid her care expenses from his own funds.  In addition, the Applicant’s brother consented to the waiver and his sister did not oppose the order sought by the Applicant.  The court granted the order without requirement of bond, but the Court permitted the sister to move for order for security on notice to affected parties.

In Connolly v. Connolly and PGT 2019 ONSC 4148 the requirement to post a bond was dispensed with though the assets of the incapable person were significant.  The assets were to be managed in a portfolio with BMO and there were several lawyers of checks and balances.  The requirement for a bond was to be reconsidered on each passing of accounts by the guardians.

Who Pays the Cost of the Bond?

This blog post was written by Kate Wright, a member of the Family Law, Wills and Estates and Litigation teams, with the assistance of Summer Law Student, Sarah Antonious.  Kate can be reached at 613-369-0383 or at kate.wright@mannlawyers.com.