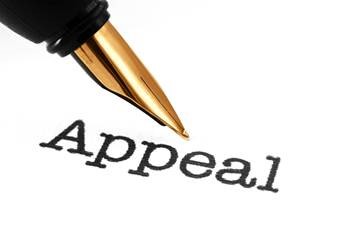 Insurance companies use their long experience paying out claims, including the payment of pre-judgment interest, in setting premium rates. Premiums are based on the pre-judgment interest rate in force at the time they are paid. It can take several years for a complex motor vehicle accident that results in serious injuries, to wind its way through the litigation process. During that time period the insurance company has the benefit of the investments it made with the at fault driver’s insurance premium. It seems unfair to penalize an injured party by retroactively applying a lower interest rate to their damages for pain and suffering when the insurer reasonably expected to pay a higher rate when it set and collected the premium from the at fault driver.

In 2015 we published several blogs on the interest rate that should apply to claims for pain and suffering in motor vehicle accident cases. Our most recent blog on August 24, 2015 ended with the Statement that “we will have to await the decision of the Court of Appeal for Ontario for a final determination of this question.” Well the Court of Appeal has now spoken.

In El-Khodr v. Lackie the innocent driver, Mr. El-Khodr, was seriously injured when the tow truck he was operating was rear-ended. Following a trial the jury awarded Mr. El-Khodr damages totaling $2,931,006 of which $89,167 was pre-judgment interest on general damages for his pain and suffering. The trial judge had decided that prejudgment interest on the general damages should be calculated at 5 per cent (the rate that was in effect prior to January 1, 2015 when the pre-judgment interest rate was reduced by an amendment to s. 258.3(8.1) of the Insurance Act).

In Cobb v. Long Estate, the plaintiff Cobb suffered chronic pain that prevented him from working and performing household tasks. A jury awarded him $220,000 in damages but after deducting other insurance benefits Cobb had received and a statutory deductible that applied to general damages, the judge calculated a final judgment amount of $34,000.

The Court of Appeal found that the trial judge properly exercised the discretion he had to set the rate of pre-judgment interest payable on the general damages awarded to Cobb and did not apply the lower statutory rate.