Lack of Capacity in Family Law Matters: Use of the “Special Party” Rule

Mann Lawyers > Lack of Capacity in Family Law Matters: Use of the “Special Party” Rule 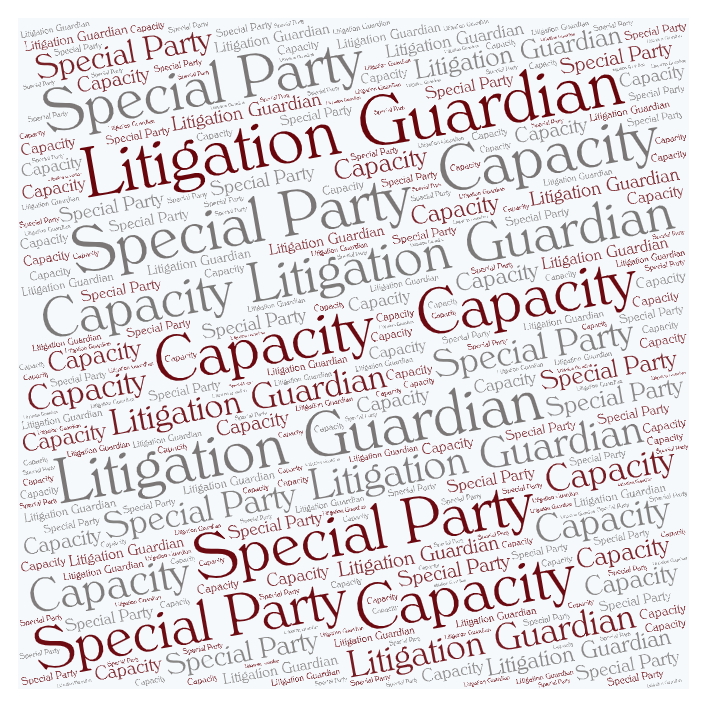 Lack of Capacity in Family Law Matters: Use of the “Special Party” Rule

The recent decision in the case of Chai v. Law 2020 ONSC 6998 provides a useful summary of the procedural steps and evidence required for someone to be appointed as the litigation guardian for a party involved in a family law claim.

Mr. Chai and Ms. Law were a married couple who were divorced in 2018 without equalizing their net family property.  In 2018, Mr. Chai commenced an Application for equalization.  The decision in this matter is regarding a motion to have Mr. Chai declared as a “special party” under Rule 2 of the Family Law Rules and to have the parties’ daughter, Peggy Chai, appointed as his litigation guardian.  Mr. Chai had appointed Peggy as his Attorney for Property and Personal Care in 2017.

Under Rule 2(1) of the Family Law Rules a “special party” is one “who is or appears to be mentally incapable for the purposes of the Substitutes Decisions Act, 1992 in respect of an issue in the case and who, as a result requires legal representation.”

In analyzing the concept of capacity under the Substitutes Decision Act, the court stated that a person is a “special party” where the party is “not able to understand information relevant to making a decision regarding the issue, or is not able to appreciate the reasonably foreseeable consequences of a decision or lack of a decision about the issue.”  In this case, where the issue was about property and division of property, Mr. Chai needed to have the ability to understand information about the financial circumstances of both he and Ms. Law and to be able to appreciate the consequences of his decisions.

The court set out the evidence that may be considered to determine whether a party should be declared a “special party”.  This includes:

The court accepted the evidence of Mr. Chai’s primary physician that Mr. Chai did not have capacity to make financial decisions.  Mr. Chai’s doctor was not a trained capacity assessor and acknowledged as such but provided information about Mr. Chai’s medical issues, including dementia and his capacity to perform basic and daily tasks.  In considering additional non-medical evidence and the fact that the opinion of Mr. Chai’s physician was uncontroverted, the threshold to declare Mr. Chai as a “special party” was met.

Rule 4(2) of the Family Law Rules provides that the court may authorize “a person to represent a special party or a child if the person is, (a) appropriate for the task; and (b) willing to act as representative.”

The court found that in this case, while tensions existed between Peggy and the Respondent, the actions taken by Peggy were not sufficient to find her to be an appropriate person to act as Litigation Guardian.  Peggy was appointed as Mr. Chai’s Attorney for Property and Personal Care and this was not disputed.  The court found that this was not an appropriate case to refer to the Public Guardian and Trustee, as a result.