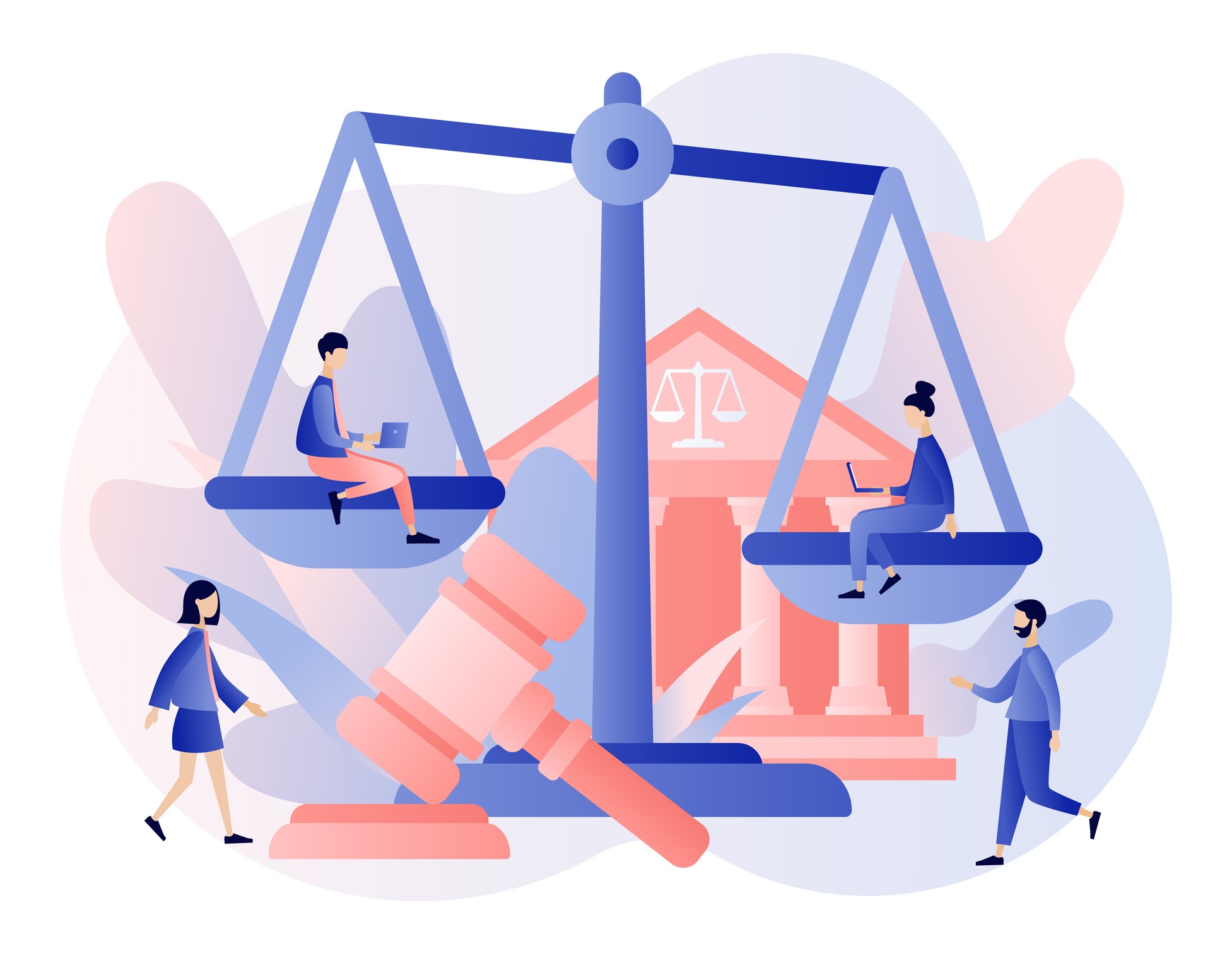 In the recent decision of Dewaele v. Roobroeck et al., Justice Sheard of the Ontario Superior Court of Justice considered an Application brought by a sister to remove her two brothers as co-estate trustees of the three siblings’ parents’ estates. Co-estate trustees need to act on a consensus basis, unless an alternative is clearly spelled out in the will. In this case there was no such alternative.

The sister was ultimately successful in that her brothers were removed as estate trustees, leaving the sister as the sole estate trustee. The broad narrative appears to be that the brothers were prepared to gang up on their sister in the administration of two estates, even in the face of expert advice and evidence. In attempting to force through their positions on the basis of “majority rules” rather than cooperation or evidence, the brothers ended up losing their positions as co-estate trustees.

The parties are the three children of the late Eric Cyriel Roobroeck and Rose Marie Margaret Roobroeck. They are also the sole beneficiaries of their parents’ estates, and co-estate trustees of both estates. The parents died in 2016 and 2018.

The sister argued that the brothers had not cooperated in the administration of the estates. They had not fully complied with earlier orders, had not accepted appraisals or reasonable suggestions from the sister for how the value of various estate assets might be determined.

Earlier in the process the parties had consented to an order that required them to hire an accountant, hire an appraiser to value some land, and that required brothers to provide particulars in relation to some firearms. There was a dispute about whether the firearms were owned by one of the brothers, or were part of the estate. One of the brothers had taken the position that he owned all of the firearms in question, but he would not provide a full ownership trail or records. That brother had some notes or records in a book that he brought to the hearing of the Application, but he refused to show the contents of the book to his sister. The brother also refused to have the firearms appraised.

At the time of the Application, the brothers were refusing to sign the cheque for probate fees that is required upon submitting the Application for the issuance of a Certificate of Appointment of Estate Trustee with a Will, and they argued that the values used in the Application were too high. The sister had obtained a formal real estate appraisal of some land, but the brothers had not accepted the appraised value. The will provided each of the three siblings an option to purchase the real estate, and Justice Sheard noted that if one of the brothers wanted to exercise that option, he would prefer a lower purchase price than the appraised value. The sister was prepared to agree to transfer real estate to one or both of her brothers, but the value still had to be determined. The brothers took the position that the value should be determined on the basis of “majority rule” and so their lower proposed value should be used. The put forward no alternative appraisal, and arrived at their lower value via their own anecdotal experience of comparable sales.

The brothers also refused to carry out required steps to complete the tax filings and elections that had been recommended to the estate trustees by the accountant retained by both estates. Time was an issue. The accountant had identified particular tax savings that would only be available if certain steps were taken before the third anniversary of the mother Rose’s death, on January 25, 2021. The rate of tax owing after that third anniversary was to shift to the highest marginal tax rate payable, on any income earned after that date. Furthermore, the brothers had not confirmed instructions to the accountant to complete and file adjusted tax returns, and so income taxes were overdue and accruing penalties and interest. Justice Sheard found that the brothers’ refusal to move forward with administration and with the tax planning and filing “has or is likely to result in serious negative financial consequences to the estate.”

The sister adduced evidence of further failures to cooperate: the brothers were not depositing rent cheques collected on behalf of a rental property; the brothers had behaved inappropriately, recording hours of audio of meetings between the siblings without her knowledge or consent; and the brothers were ignoring the court’s direction that the three co-executors must act by consensus and not majority rule.

Justice Sheard reviewed section 37(1) of the Trustee Act, which authorizes Her Honour to remove an executor, and, where the removed executor is not the sole executor (as in this case, where if the brothers were removed the sister would remain as estate trustee), no replacement need be appointed in the place of the persons removed.

Her Honour noted that “not every mistake or neglect of duty or inaccuracy of conduct of trustees would justify the removal of an executor. Acts or omissions must be such as to endanger the trust property or to show a want of honesty or a want of proper capacity to execute the duties, or a want of reasonably fidelity.”

She went on: “That past misconduct is likely to continue in the future will often be enough to justify removal and, in some cases, dissension and animosity amongst trustees has been held [to] justify the removal without any finding of misconduct.”

The courts are often reluctant to remove an estate trustee, even where there is a significant ongoing dispute. Conflict alone, between a trustee and a beneficiary, is often insufficient grounds for a court to interfere with a testator’s choice of executor. However, where there is conflict between co-trustees, a court may be much quicker to intervene.

Justice Sheard ordered the brothers to provide information relating to the firearms: evidence of who owns them, their value, and their condition. This includes ownership and registration documents. Her Honour provided further direction for determining the value of the firearms and directed the parties to mediate the issue of the ownership of the firearms.

With regard to the real estate appraisal, which was fundamental to the dispute about filing the Application for a Certificate of Appointment for an Estate Trustee with a Will, Justice Sheard reviewed the brothers’ conduct and contradictory positions. Her Honour concluded that the evidence lead her to find that the brothers’ conduct had brought the administration of the estate to a standstill, and was likely to continue into the future, to the detriment of the estate and its beneficiaries. The brothers knew that their inaction, delay and refusals had cost the estate monetary losses, in the form of tax penalties and interest, and foregone tax savings.

Her Honour concluded that “based on the evidence before me and, in particular, the conduct of [the brothers] outlined above, I find sufficient grounds to warrant this court’s interference with Eric and Rose’s choice of [the brothers] as their estate trustees. Specifically, I find that [the brothers] are unable to exercise their duties in an impartial and objective manner and that the due administration of the estate will be compromised if they are not removed.” Her Honour went on to order the brothers’ removal as estate trustees, leaving the sister to remain as sole estate trustee for both parents’ estates.

Justice Sheard ordered the brothers to take some particular steps within a short timeline including signing a cheque so that the Application for a Certificate of Appointment could be filed, and attending at the bank to remove their names from the estate bank account.

The sister sought her costs of the Application, which were $78,802.63 on a full indemnity basis. Justice Sheard ultimately reserved her decision on costs so that the parties could try to negotiate a solution. Her Honour noted that if the costs were paid out of the estate, the sister as a beneficiary would have the value of her one-third share reduced. It is no longer the case in estate litigation matters that costs can be assumed to be payable from the estate, and this case may be an appropriate case for the brothers to bear personal responsibility, given the court’s findings about their behaviour causing direct financial harm to the estate already.

Cases where a co-trustee seeks the removal of another trustee are always factually specific, as the particular behaviour of a trustee may put the estate at risk in a way that is unique to that estate and its particular property. However, this case is an important reminder that conflict between co-trustees may attract the intervention of the court, and if one trustee is acting in accordance with their obligations while another is acting in conflict with those obligations, the court may not hesitate to intervene and remove one or more co-trustees, leaving the other(s) to act, potentially alone.