A Pothole Ate My Car 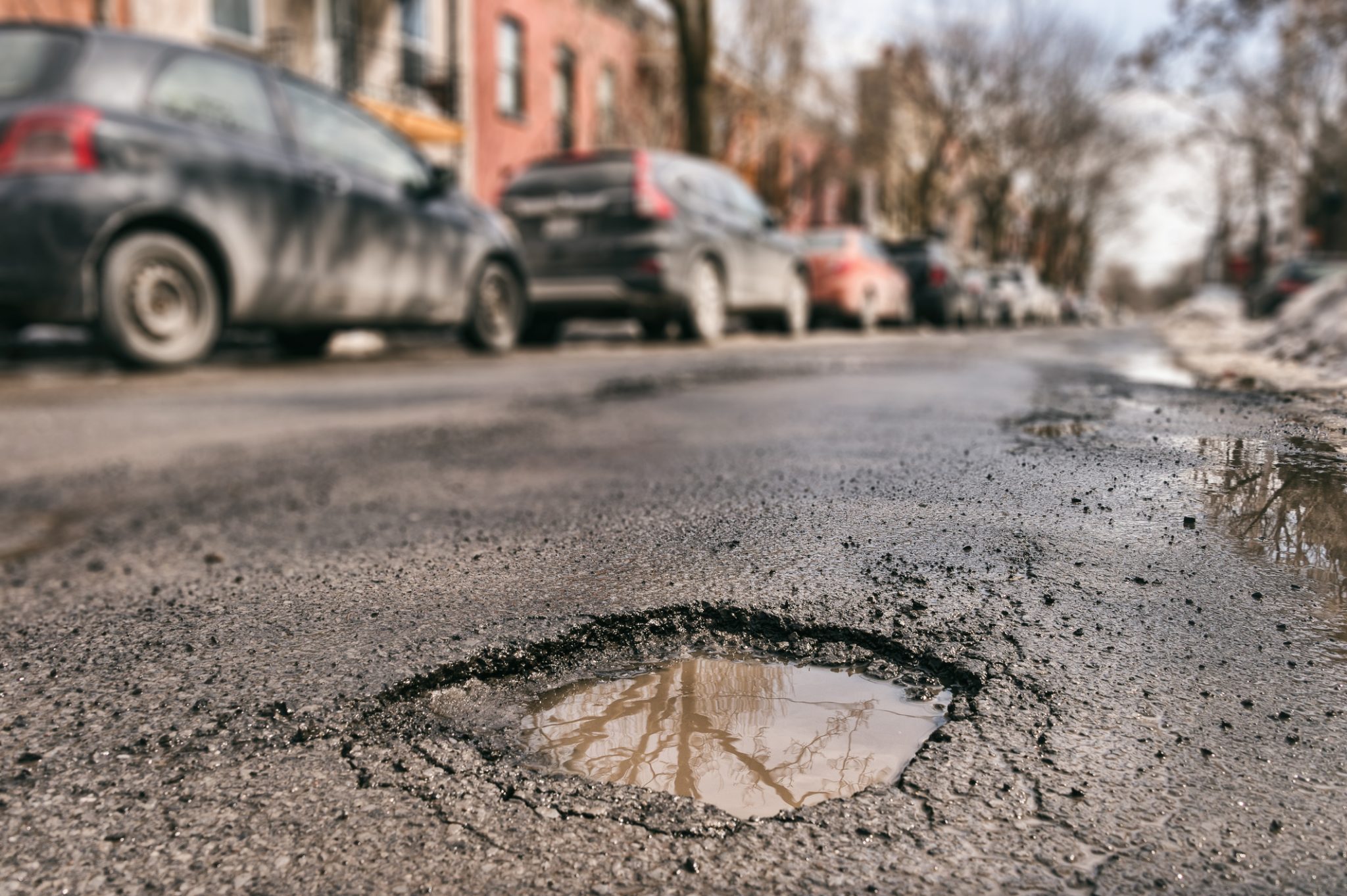 A Pothole Ate My Car

Spring has sprung and Ottawa’s potholes are multiplying in number and growing in size. Cars are falling into potholes causing lost hubcaps, flat tires and body damage.  Is the city liable to cover damage caused by potholes?

The Municipal Act prescribes the size and age a pothole must be before the city can be held liable for the damage it causes to a motor vehicle. This explains why almost all claims made for damage caused by potholes are unsuccessful.

Potholes are governed by Ontario Regulation 239/02: Minimum Maintenance Standards For Municipal Highways. Under this regulation “pothole” is defined as “a hole in the surface of a roadway caused by any means, including wear or subsidence of the road surface or subsurface”. The size of the pothole is determined by a combination of its surface area and depth.

Section 6. (1) provides that only potholes exceeding both the surface area and the depth set out in an accompanying Table need to be repaired. A pothole is deemed to be acceptable (in a state of repair) if its surface area or depth is less than or equal to that set out in the Table.

Even if a pothole is too big or deep, the municipality still has a certain time period within which it has to be repaired. But there is a further catch: the time limit for repairing a particular pothole only starts to run once the city has been put on notice of its existence. So if nobody reports a pothole, the time limit for getting it fixed never starts to run.

The size of what amounts to an unacceptably large pothole depends on the character of the street it inhabits, based on its speed limit and average daily traffic. Every street falls into one of five Classes. The higher the speed limit and/or traffic volume, the higher the Class and the smaller the acceptable pothole size and the faster it needs to be repaired. Conversely, the lower the speed limit and traffic volume, the larger the acceptable pothole size and the longer it can take to repair it. Low volume residential streets would fall into Class 5 while roads with a 60 km/hr speed limit and 40,000 vehicles a day would fall into Class 1 or 2.

The type of road surface and the pothole’s location, on either the travelled portion of the road or the shoulder of the road, also determine how large a pothole has to be before it needs to be repaired and how long the municipality has to repair it.  A paved surface is required to tolerate smaller potholes for a shorter period of time than an unpaved surface or a shoulder.

Here are the tables that govern pothole liability:

POTHOLES ON PAVED SURFACE OF ROADWAY

POTHOLES ON NON-PAVED SURFACE OF ROADWAY

POTHOLES ON PAVED OR NON-PAVED SURFACE OF SHOULDER

In order to help our fellow motorists recover compensation for damage caused by potholes, each of us must commit to reporting potholes to the city in order to get the clock running on the repair time limit. You can report a pothole to the City of Ottawa by calling 311.

If your vehicle is damaged because of a pothole you can get information about how to make a claim with the City of Ottawa here.