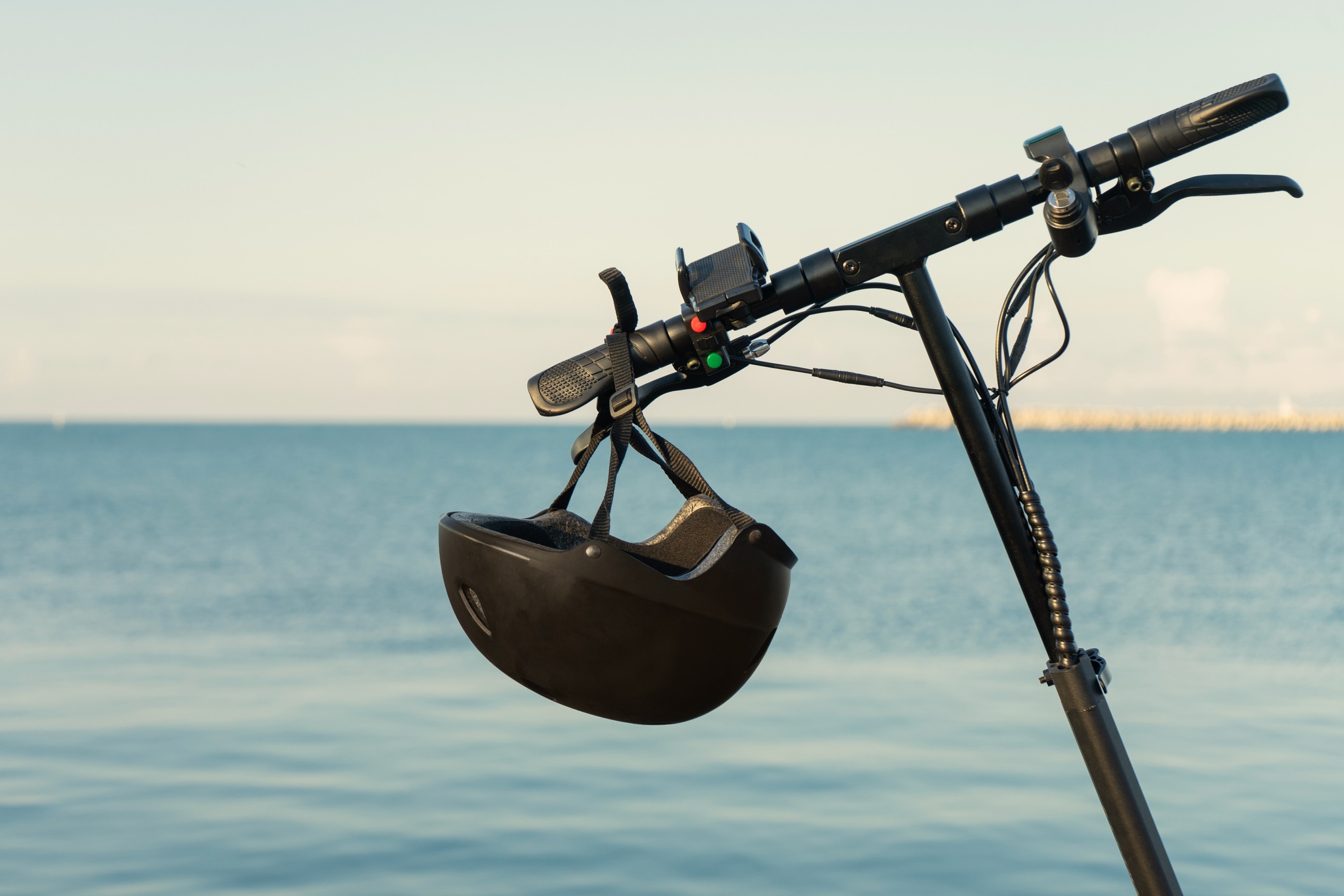 Ottawa now has 1,200 electric scooters on its streets under the City of Ottawa 2021 pilot project. E‑scooters are similar to manual kick scooters, however, instead of being powered by the rider, they are powered by an electric motor, capable of speeds of up to 20 kilometres an hour.

There are three different companies offering E‑scooters in Ottawa:  Bird Canada, Lime, and Neuron. I have only noticed one brand of E‑scooter that comes with a helmet, Neuron, but even some Neuron riders don’t bother to wear the helmet that comes with it. The limited availability and use of helmets raises some interesting questions about liability in the event that an e‑scooter rider has a crash and sustains a traumatic brain injury.

Contributory Negligence of the Rider

The use of e‑scooters does not come without risks.  Results from a study conducted by the Public Health and Transportation Departments in Austin, Texas, included the following:

The study concluded that a high proportion of e‑scooter related injuries involve preventable risk factors, such as the lack of helmet use.

If an e‑scooter rider is 18 or older, they are not legally required to wear a helmet, just like when riding a bicycle.  However, courts have found cyclists, who suffered traumatic brain injuries while not wearing a helmet, to have contributed to their injuries, and the result was that the damages they recovered from other at fault parties were reduced.  Courts have apportioned liability to cyclists, on the basis of contributory negligence, where there was a failure to wear a helmet because this was considered to be a “failure to use reasonable care” or “to take a proper safety precaution”.

When there is a claim of contributory negligence arising from the failure to wear a helmet, the onus is on the defendant to establish that the plaintiff’s injuries would not have been as serious had the plaintiff worn a helmet.  In cases where the defendant has met this burden, the apportionment of liability has been based on a number of factors, including:

In general, the case law supports a finding in the range of 10% to 25% contributory negligence for merely failing to wear a helmet when cycling.  There is no reason to think that the same reasoning would not be applied in the case of an e‑scooter rider who was not wearing a helmet and suffered a traumatic brain injury.

Liability for not Supplying a Helmet

Can a rider who rents an e‑scooter that does not come with a helmet bring a successful claim against the rental company if they sustained a traumatic brain injury in a crash?  The question of the potential liability of the two e‑scooter companies that do not provide a helmet is a novel one as I have not found any case that addressed this issue.

A claim against a third party can only succeed where there has been a duty of care and a breach of that duty. Certainly, a company renting e‑scooters to the public owes a duty of care to the people who rent their e‑scooters.  This duty would, for example, include frequent inspections for damage or defects which would render the e‑scooter unsafe to operate.

But does the duty include making a helmet available for every rider?  Based on my personal observation, the people who rent e‑scooters are not bringing their own helmets with them.  I cannot recall seeing a single rider of an e‑scooter rented from Bird Canada or Lime wearing a helmet. It could be argued that these companies must know that their prospective clients will not be bringing their own helmets with them so, unless one is provided as part of the e‑scooter rental, they will be riding helmet free.  The fact that Neuron has seen fit to make a helmet available for its customers may be a sufficient basis for a court to find that it is a breach of the duty of care owed to an e‑scooter renter not to make a helmet available to them.

Wearing a helmet has been shown to reduce the severity of traumatic brain injuries sustained in bicycle accidents.  If a cyclist chooses not to wear a helmet, they can be found to be partially liable for their own brain injuries if it can be shown that a helmet would have reduced the severity of their injury.  I see no reason why the same principle would not apply to the operator of an e‑scooter who was not wearing a helmet.

The potential liability of a company that rents e‑scooters without supplying a helmet is more complex.  Does the duty of care owed to a renter include providing a helmet?  The contributory negligence of the rider in not wearing a helmet would also come into play but it is certainly possible that a court would find that it was negligent for the e‑scooter company not to include a standard bike helmet whenever one of its e‑scooters was rented.

The best course of action is for everyone who rents an e‑scooter to pick one that comes with a helmet.  Market forces may then convince the other e‑scooter providers that they need to make helmets available in order to attract customers and stay in business.  In the meantime, if you are contemplating renting an e‑scooter, bring a helmet with you when you leave home in case you can’t find one that comes with a helmet.