Ontario Court of Appeal Comments on the Duty of Honest Performance 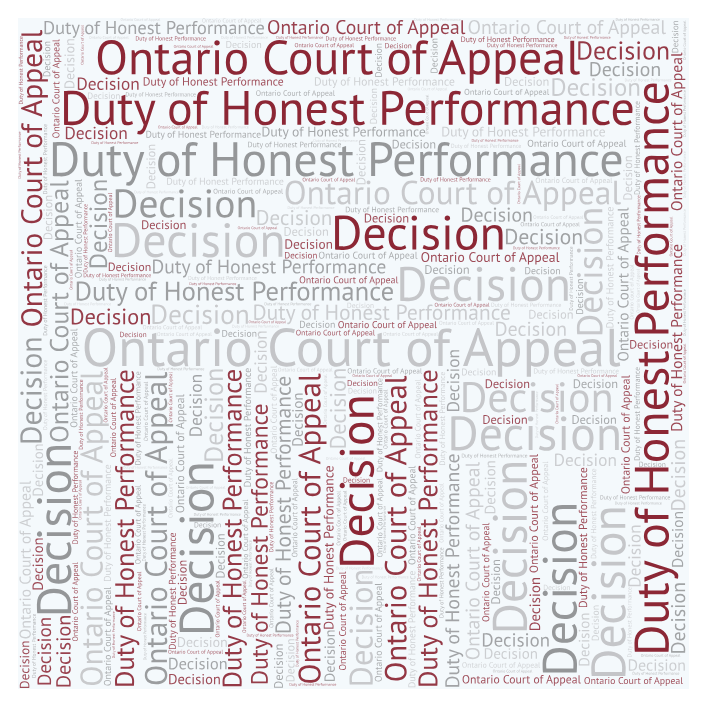 Ontario Court of Appeal Comments on the Duty of Honest Performance

A recent Ontario Court of Appeal decision expands upon the application of the duty of honest performance in contractual relations.

In 2014, the Supreme Court of Canada held that good faith contractual performance “is a general organizing principle of the common law of contract which underpins and informs the various rules in which the common law, in various situations and types of relationships, recognizes obligations of good faith contractual performance”(Bhasin v Hrynew, 2014 SCC 71, [2014] SCR 494 at para. 33). In other words, behind every contract is a duty to govern oneself honestly.

Fast forward to 2018, in its decision in CM Callow Inc. v Zollinger (CM Callow Inc. v Zollinger, 2018 ONCA 896), the Ontario Court of Appeal was tasked with applying this principle to the termination of a landscaping contract. In this case, CM Callow Inc. provided landscaping services at a number of condominium corporations, by operation of two separate agreements (winter and summer). The winter contract included a termination provision allowing early termination on 10 days’ notice. The condominium corporation made the decision in March or April of 2013 to terminate the winter contract but did not provide notice until September 12, 2013. As a result, the landscaping company sued for breach of the contractual duty of honest performance claiming that by waiting until all of the summer contract and additional “freebie” work was completed, the minimum standard of honesty was breached.

The Ontario Court of Appeal found that while the decision to wait to provide notice of termination was perhaps a failure to act honourably, the fact remained that the termination clause was appropriately utilized, and the condominium corporation’s decision not to disclose their intention to terminate on a more timely basis did not in and of itself give rise to a breach of the duty of honest performance.

The Ontario Court of Appeal went on to comment on the state of the law on the duty of honest performance and noted that the function is linked to the performance of the contract itself. In other words, it does not limit the appellants’ ability to negotiate future contracts, or to exercise their contractual freedom with those already in place. While the landscaping company may have been disappointed by the decision to terminate the winter contract, the condominium corporation was entitled to do so.

Ultimately, parties should be aware that even though something may seem unfair or dishonest, parties are free to negotiate and act within the bounds of a contract to their advantage. The court has held a very narrow interpretation of the duty of honest performance, namely that parties cannot lie or mislead one another. There remains no duty of loyalty in contractual performance and parties cannot expect the court to impose one.

Shauna Cant is a member of the Commercial Litigation team. She can be reached at 613-369-0359 or at shauna.cant@mannlawyers.com.