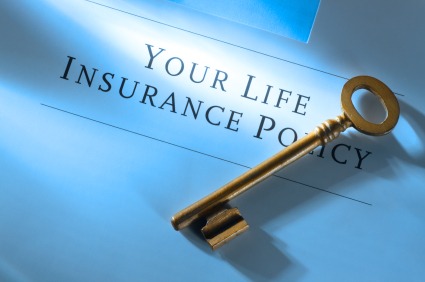 When negotiating a Separation Agreement, a client’s primary concern centers often around the payment of child and/or spousal support. If there is support to be paid, it is important to ensure that there is a plan in place for that support to continue in the event of the death of the person who is paying support, called the “payor”, prior to the termination of support obligations.  This is often done through life insurance.  It is common practice to include provisions in Separation Agreements or Court Orders that the payor of child and/or spousal support will maintain the recipient of support as a beneficiary of a life insurance policy in order to secure the payor’s support obligations.  For example, if the husband is required to pay support, he may also be required to obtain a life insurance policy and name his spouse as irrevocable beneficiary of the policy so that if he dies, the spouse will have sufficient funds for his or her support.

The issue of security for support was raised in the case of Dagg v. Cameron Estate.  In particular, the question was where a support payor owns a life insurance policy and is required to name the support recipient as irrevocable beneficiary of the policy, what rights does the support recipient have to the policy proceeds in the face of a competing claim of another dependant of the deceased payor brought under the Succession Law Reform Act (“SLRA”). In this case, the first wife had an Order for support and the payor was required to maintain her as beneficiary of a life insurance policy to secure his support obligations.  The payor also, however, had a second wife who made a claim as a dependent after the death of the payor.  In the face of competing claims, the court was left to interpret the provisions of the Succession Law Reform Act.

This case has made its way from the trial level, to the Divisional Court and finally to the Ontario Court of Appeal. The decisions of the courts at the trial level and Divisional Court caused great concern for family law practitioners on how to properly advise clients on security for support obligations.  On May 5th, 2017, the Ontario Court of Appeal released its decision, which has helped to alleviate some of that concern.

Here are the facts of the case:

The deceased person in this case was Stephen Cameron. Stephen died on November 23, 2013 at the age of 48 years old after a brief battle with cancer.

In January 2012, Stephen had separated from his wife, Anastasia. Stephen and Anastasia had been married for 8 years and had two children together.  Shortly after his separation from Anastasia, Stephen began a relationship with Evangeline Dagg, who was the Applicant in the Court case.  In April 2013, Evangeline became pregnant with their child.

Sadly, in November 2013, Stephen was diagnosed with pancreatic cancer. On November 15, 2013, Stephen changed his life insurance so that on his death, Evangeline would be entitled to 53.6 percent of the insurance money and Anastasia, Derek and Meaghan (the children) would be entitled to the combined total remaining 43.6 percent.  Anastasia became aware of the change to the designation and on November 20, 2013, obtained an Order requiring the insurance company to restore her as the sole beneficiary of Stephen’s life insurance policy.  Stephen died on November 23, 2013.

Under the Succession Law Reform Act, amounts from an insurance policy can be taken back, or “clawed back”, into the estate for the support of a dependant.  Evangeline, in making her application for dependant’s relief, included a request that the proceeds of Stephen’s insurance policy be clawed back into the estate and be available for the claim for support.  Anastasia opposed the claim and argued that she was a creditor of the estate with respect to the insurance policy, given the Order for support and that as such, the claw back should not be permitted.

The trial judge and Divisional Court held that Anastasia could not be characterized as a creditor, given that Stephen was the owner of the life insurance policy. As such, the claw back provisions of the SLRA applied.  This was extremely concerning for family law practitioners given the numerous agreements and Orders in which support obligations were secured by an insurance policy.

Fortunately, the Ontario Court of Appeal overturned the decisions of the lower court and held that Anastasia was a creditor with respect to the amount required to satisfy the deceased person’s support obligations. The Court of Appeal did not have to determine what that amount would be in this case as the parties had settled and the Court’s decision was only with respect to the correct interpretation of the provisions in the SLRA.

It should be noted that while in this case, the support and insurance provisions were in a court order, the decision should equally apply to terms of a Separation Agreement.

So what does this mean for parties who are negotiating support? First, the decision makes it clear that where there is a requirement to maintain a life insurance policy to secure support, that policy will be protected from the claw back provisions of the SLRA, insofar as is required to satisfy the support obligation, either arrears or for future support.  Secondly, in its decision, the Ontario Court of Appeal noted that it is open to parties to structure their affairs in a manner that will avoid the claw back provisions of the SLRA, by transferring ownership of the policy to a dependent spouse or a trustee or by transferring the ownership to joint names.